The hotel of Polònia, the Musical is a system that allows to shape a whole host of situations from the concrete movement of architectural elements. A neutral façade that moves back and forth, exterior when ahead, interior when behind. A pathway which becomes a rooftop, a basement, a hall’s lamp or a room’s ceiling. Boxes that contain the furniture elements of a room: wardrobe, bed, doors and shelves, organised in different ways to be different rooms. Everything is meant to be a big and complex board, with clearly defined game rules. An extremely tidy structure to highlight the script still further. 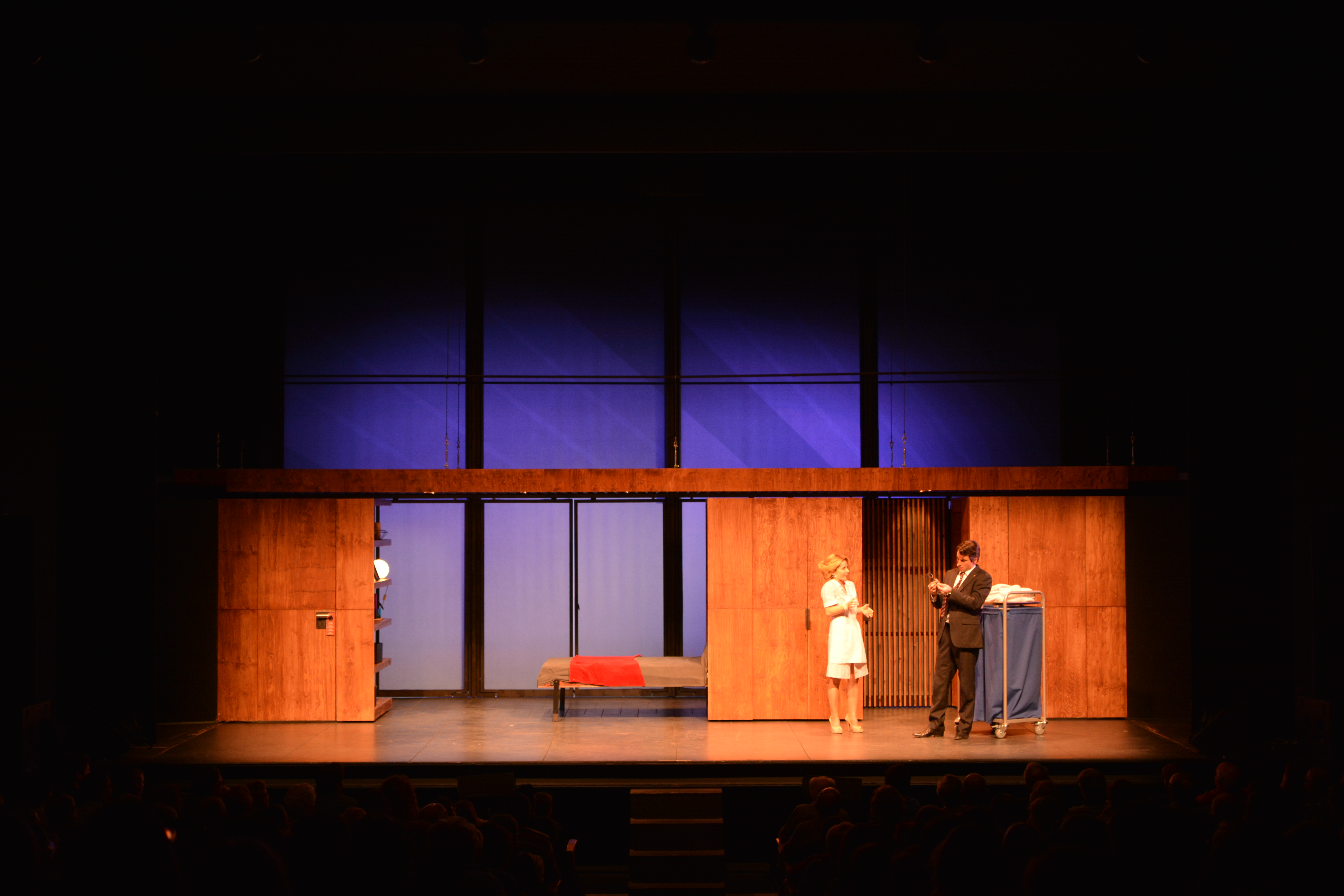