Within the framework of the Plan for Playing in Public Space. Horizon 2030, the QueraltSuau studio was commissioned to design a playable Octopus in the Parc de la Pegasso- an idea that was encouraged by the imagination of several groups of children from the neighborhood who participated in a co-creative process for ideas for a playable city. 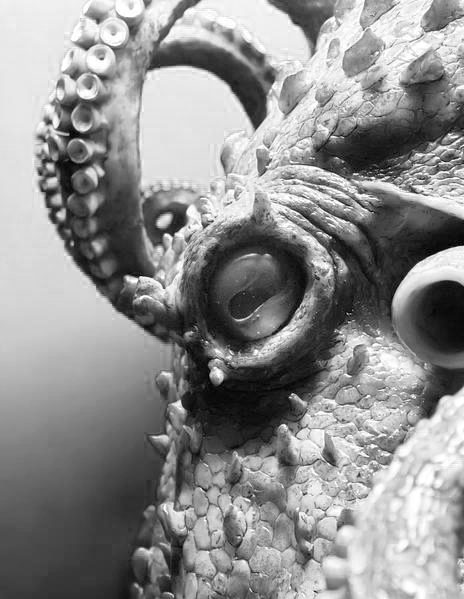 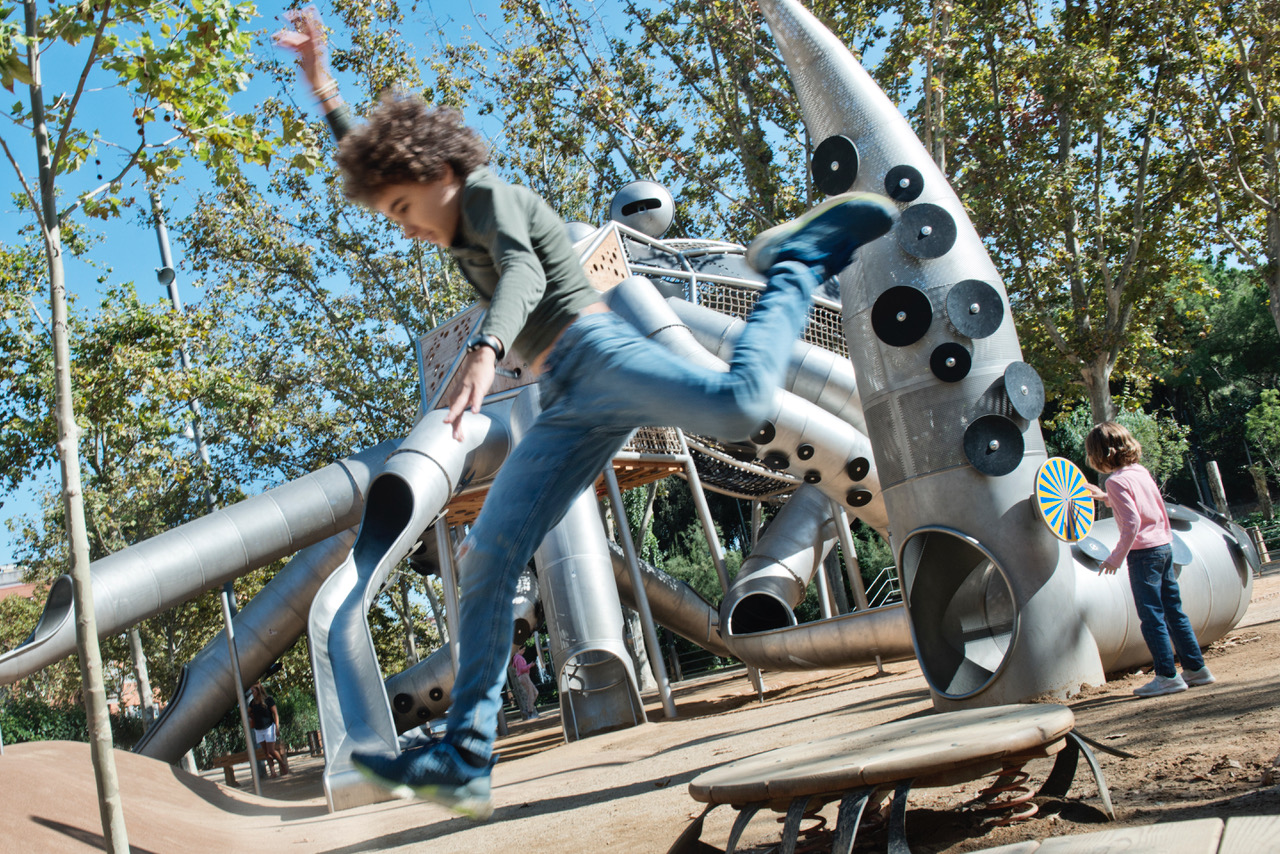 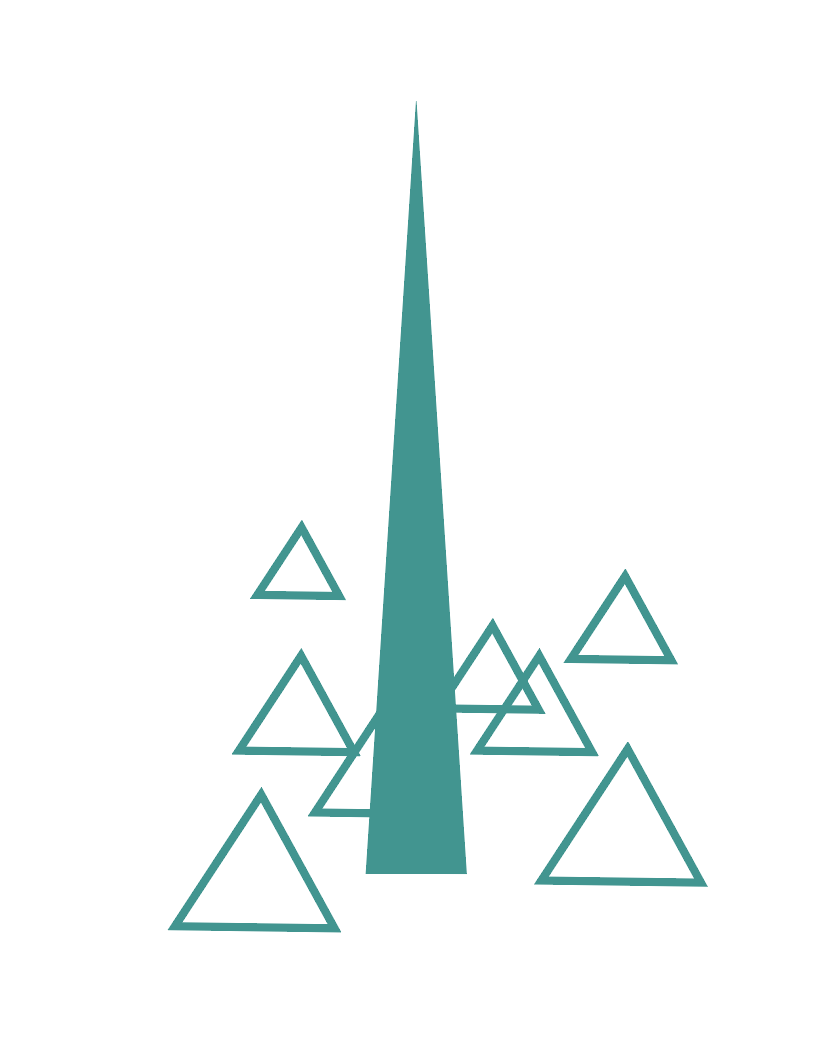 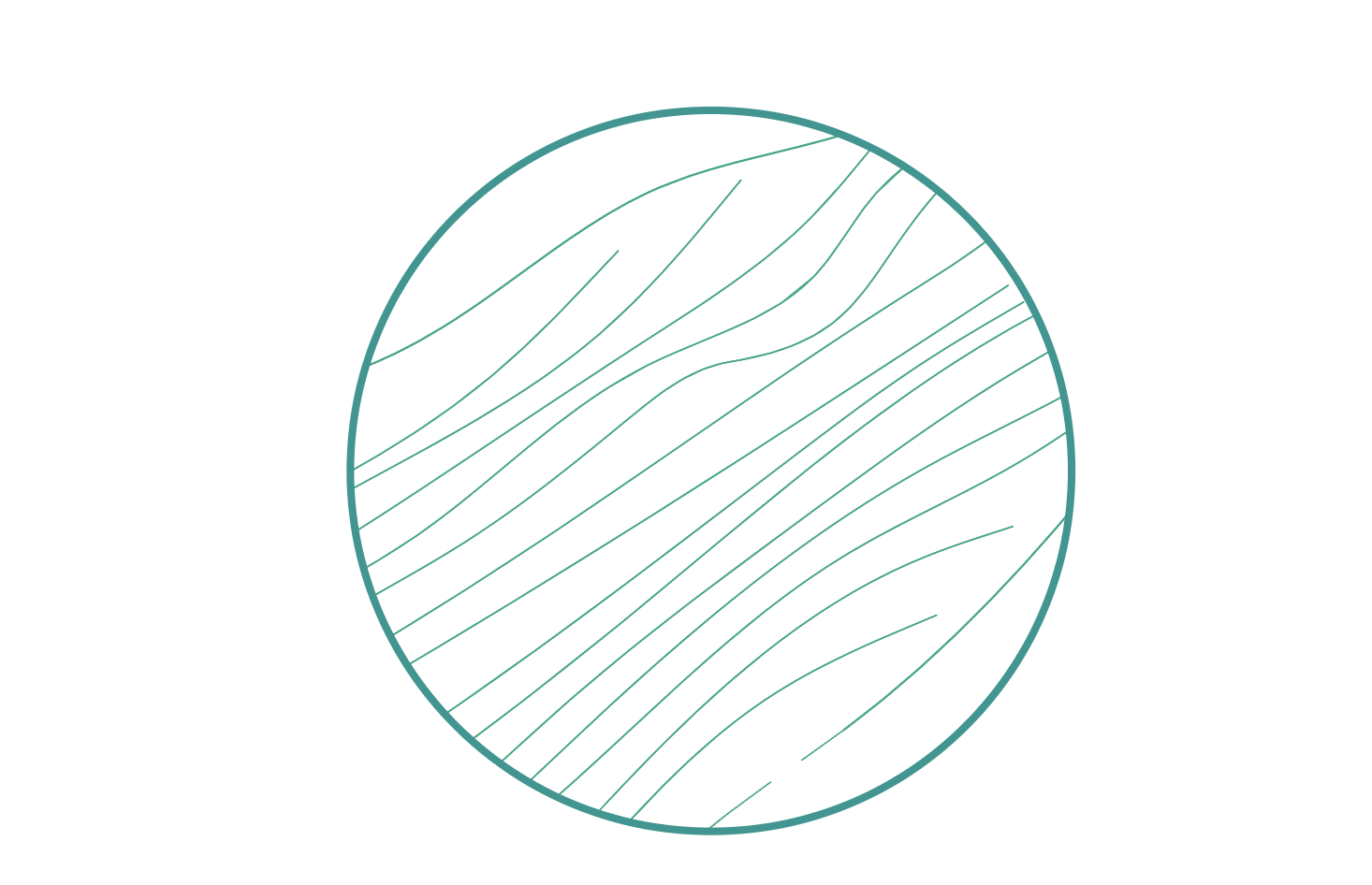 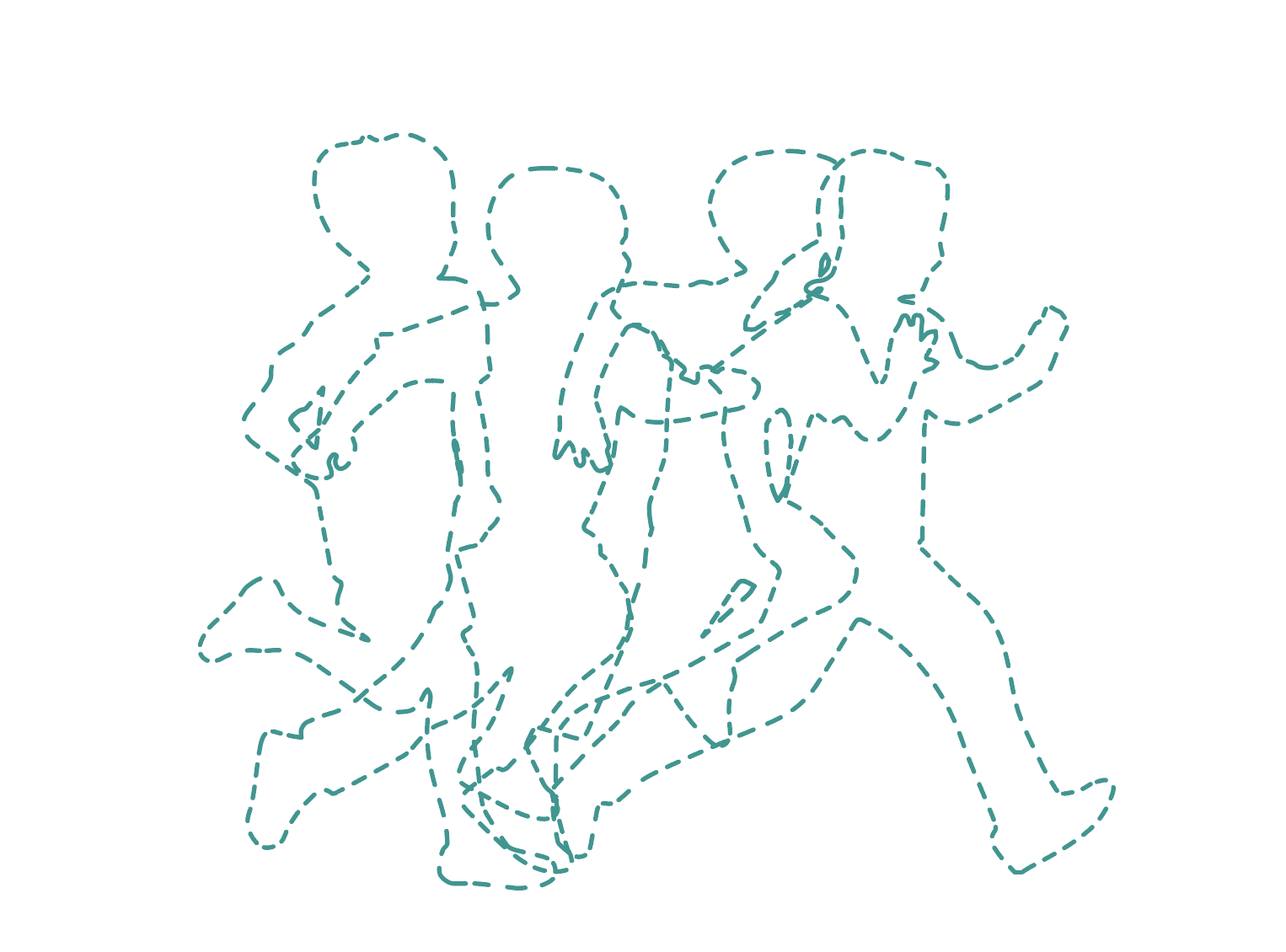 We addressed the complexity of this project from a critical perspective that procures to explore strategic concerns, ranging over: how to work with the game in public space as a strategy to resignify the place and build shared spaces; how to define a coherent game system, leaving room for imagination, free play and experimentation; how to constitute a sensory and material experience, where game at different scales assumes the participation of diverse ages and conditions, with the maximum possibility of itineraries, routes and actions. 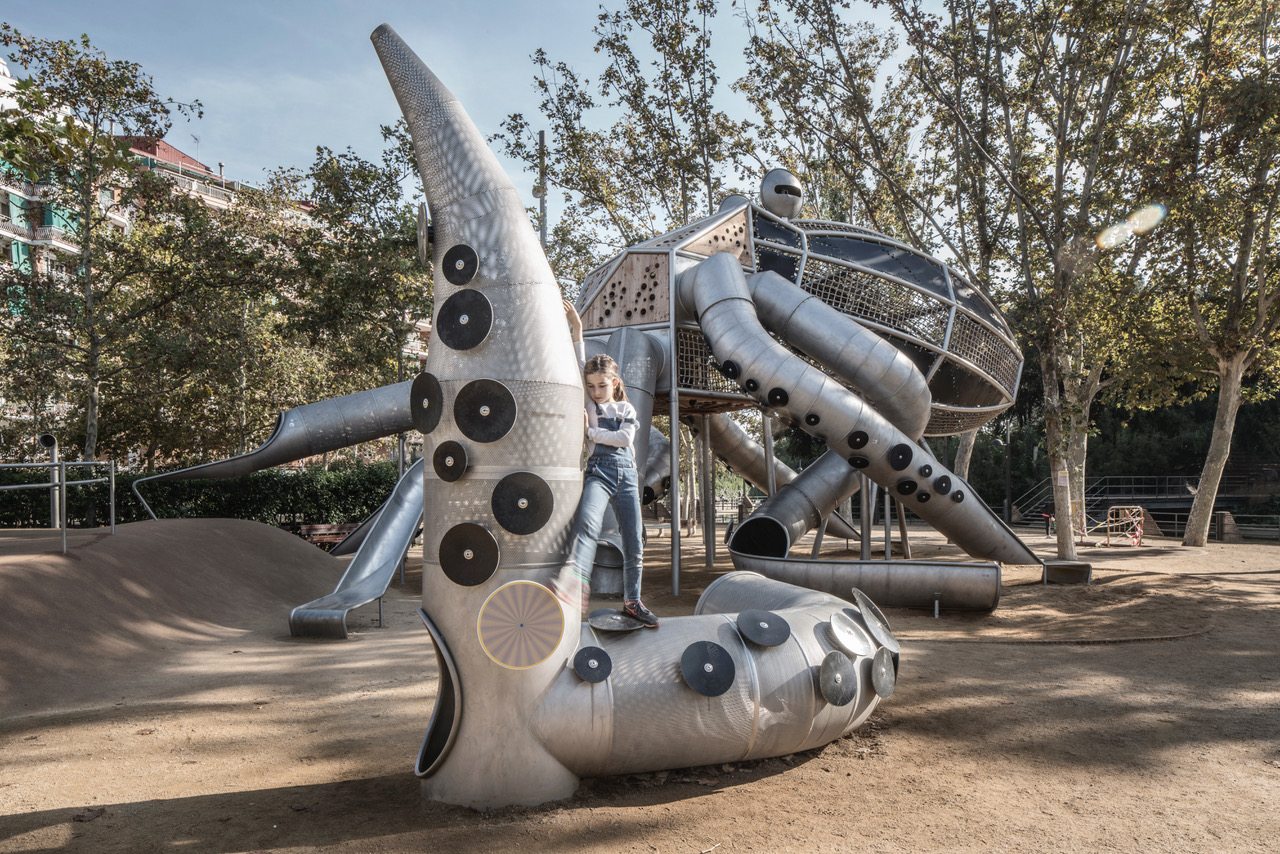 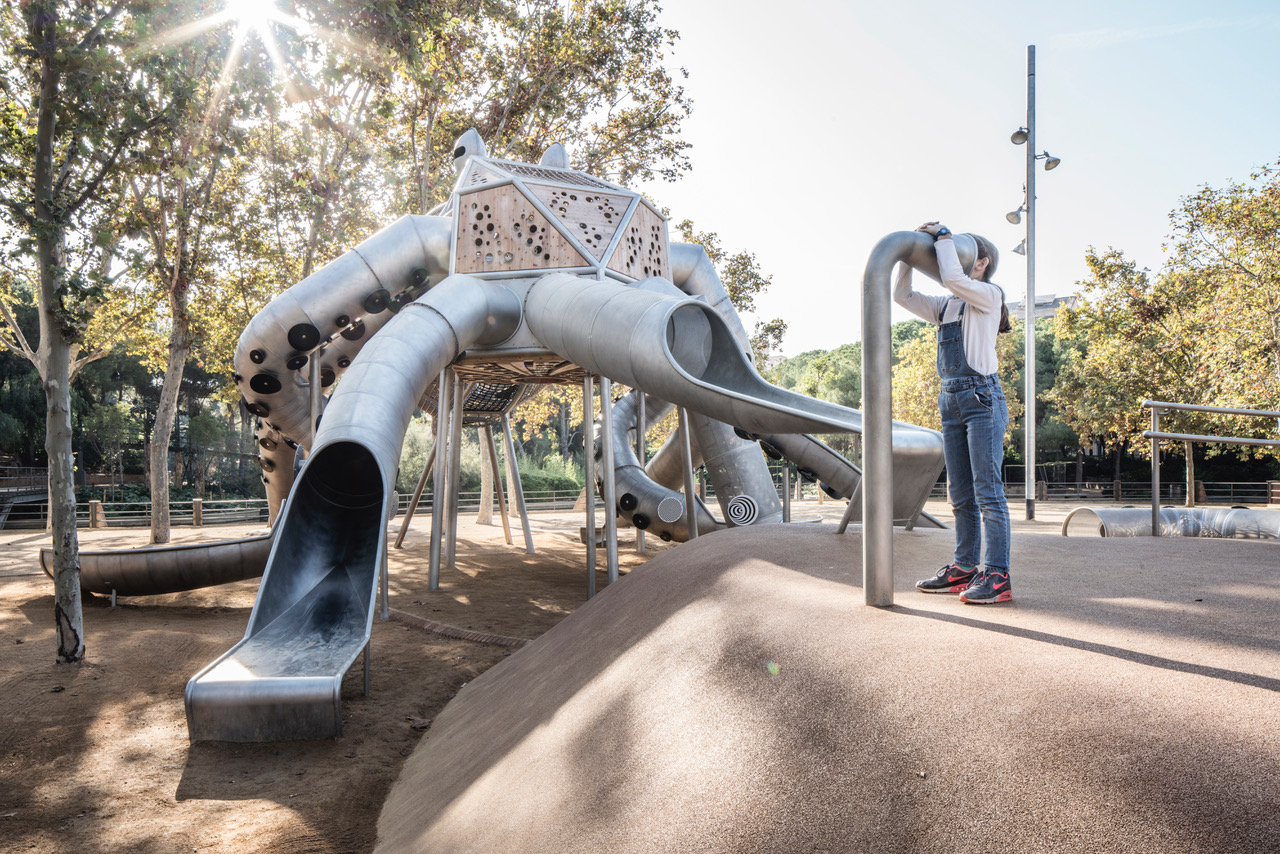 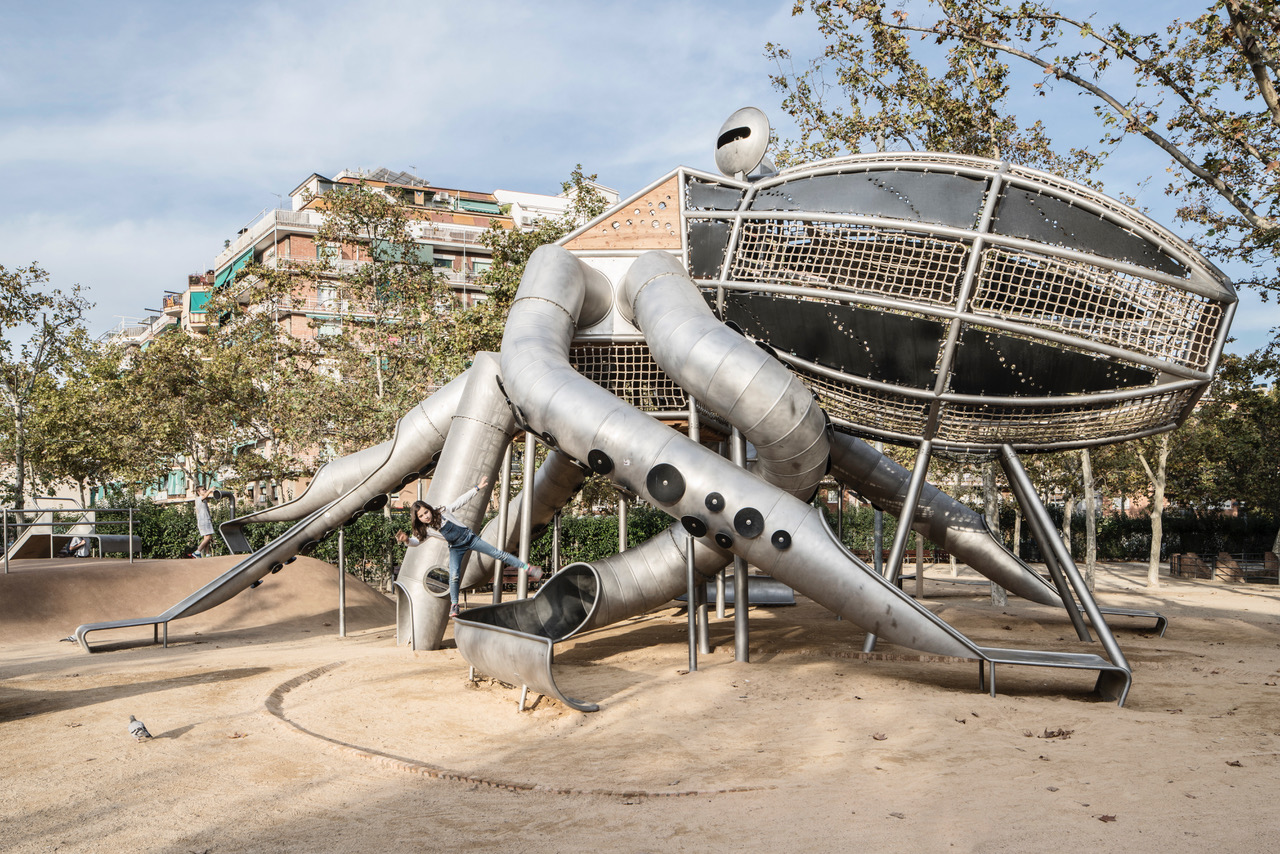 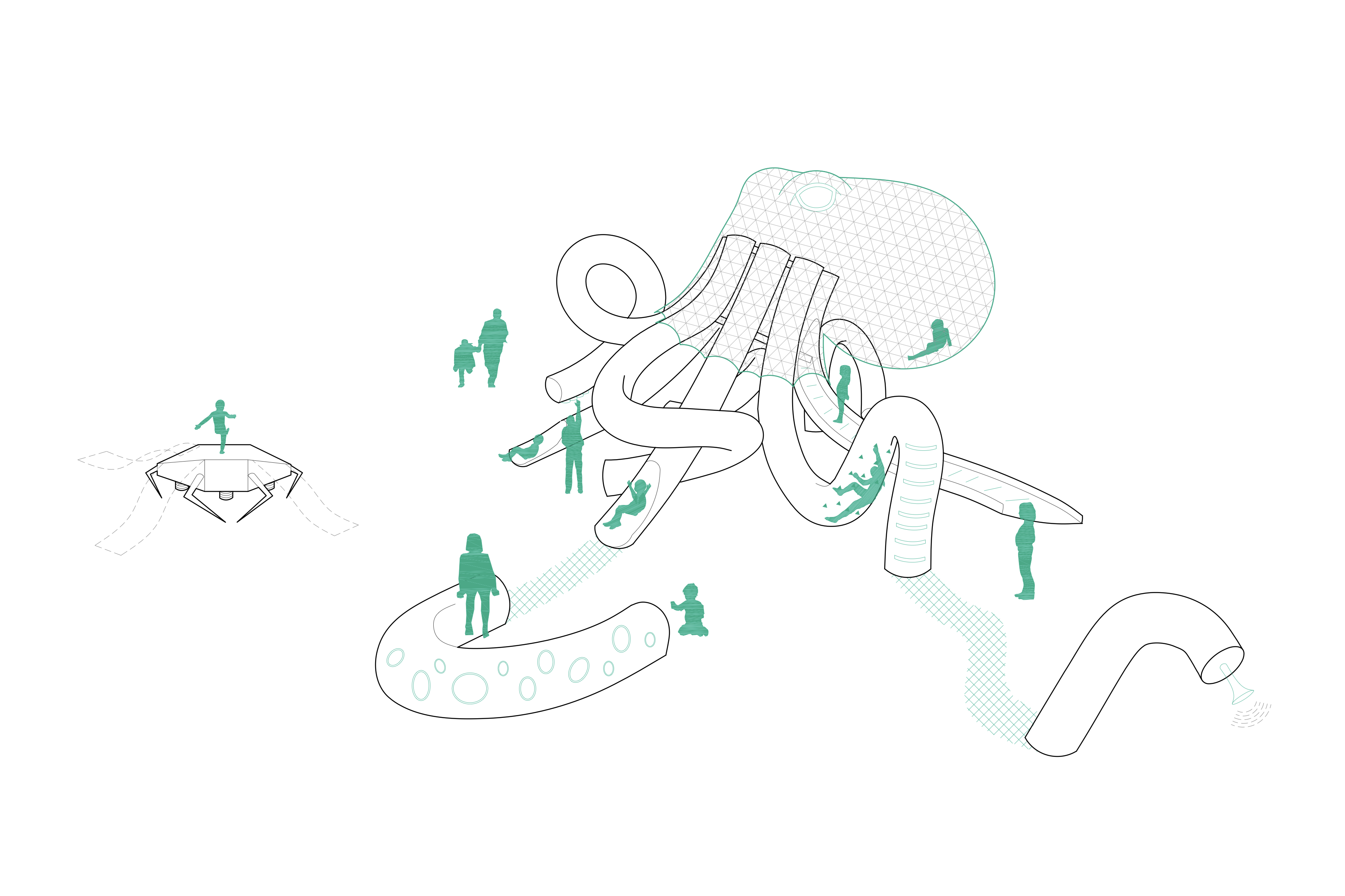 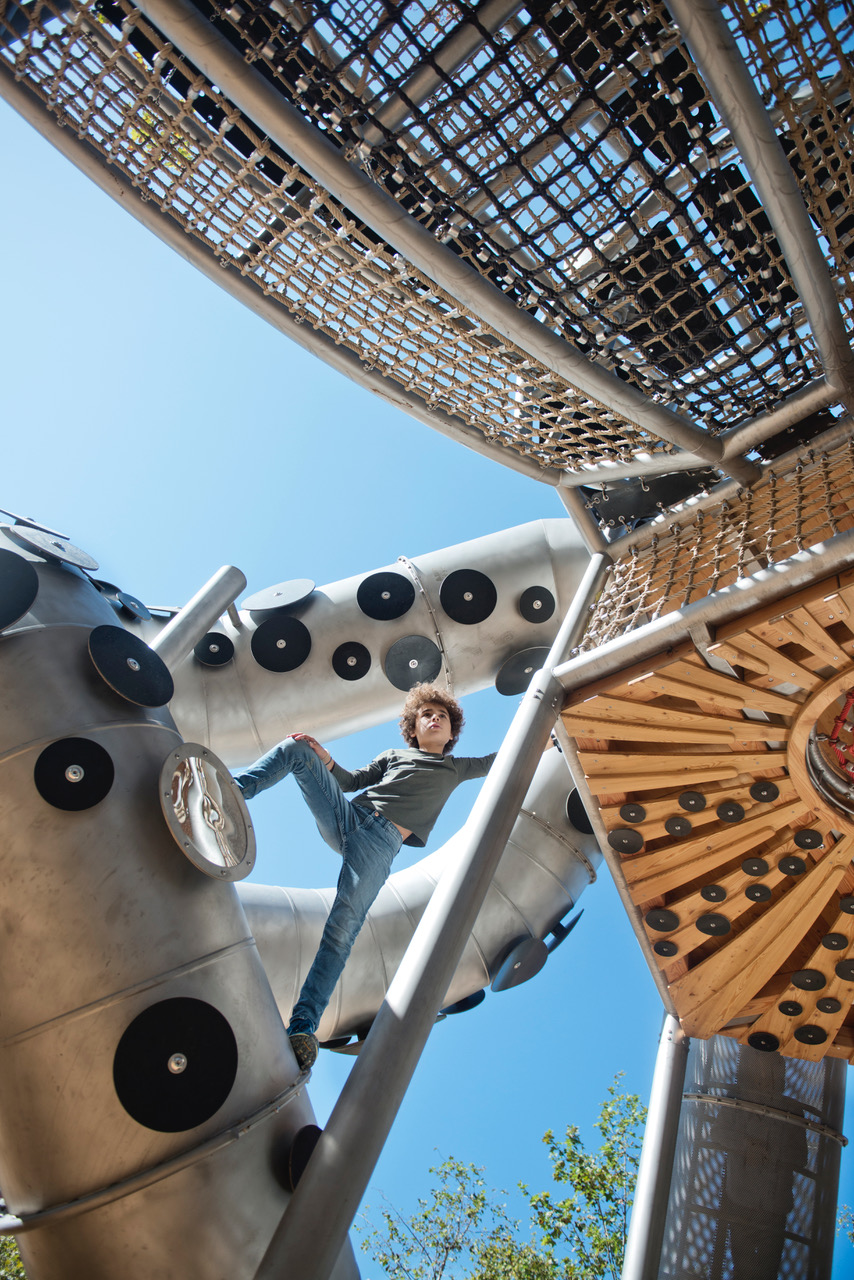 Visible from the street, the playground becomes an attractor, a new urban milestone which triggers new dynamics in public space. The strategic power of this type of playable monument fosters the development of an englobing narrative that redefines the place, facilitating the free appropriation of children and their families. 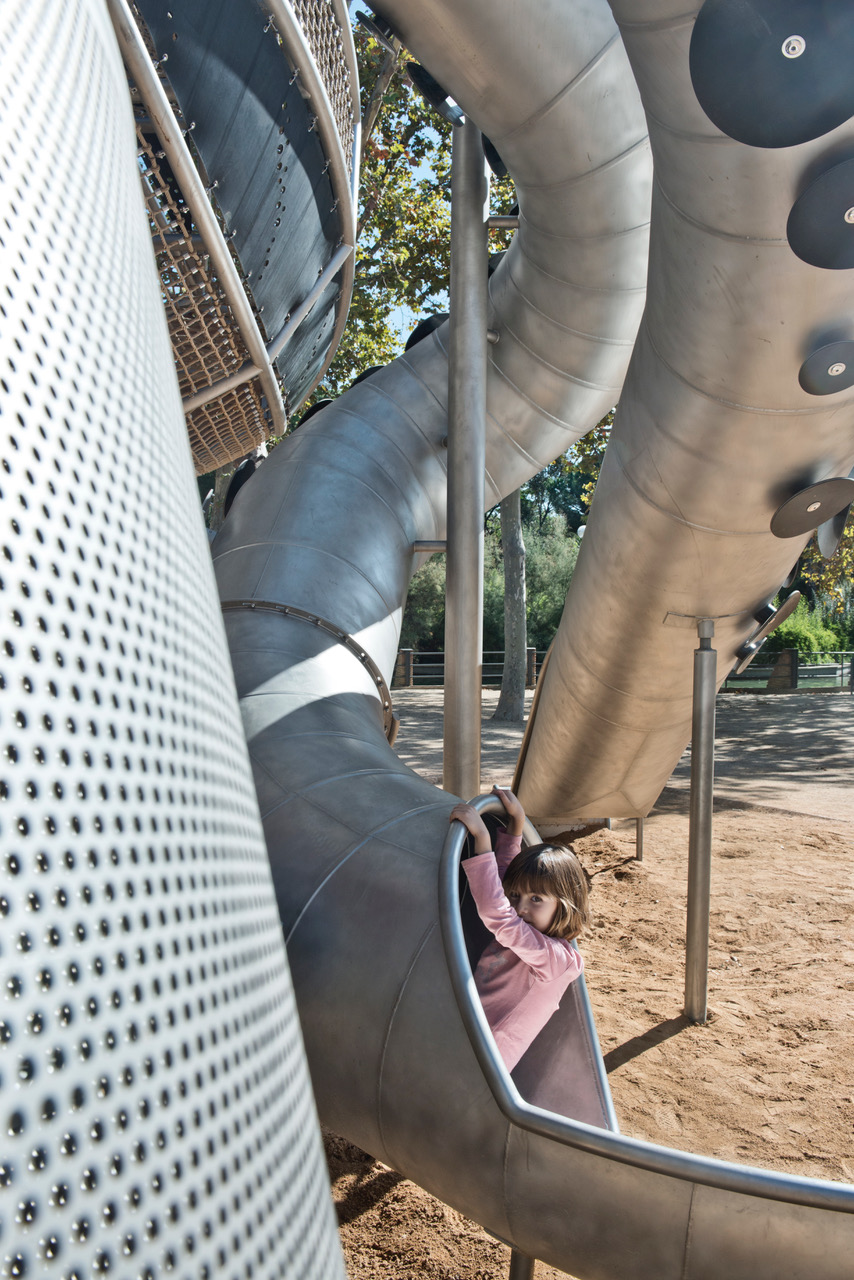 The narrative activates an entire game ecosystem that is based on the articulation of the environment as an interactive landscape. The playground becomes a playscape, where imagination and free appropriation create a multiplicity of possibilities to evolve the game constantly. 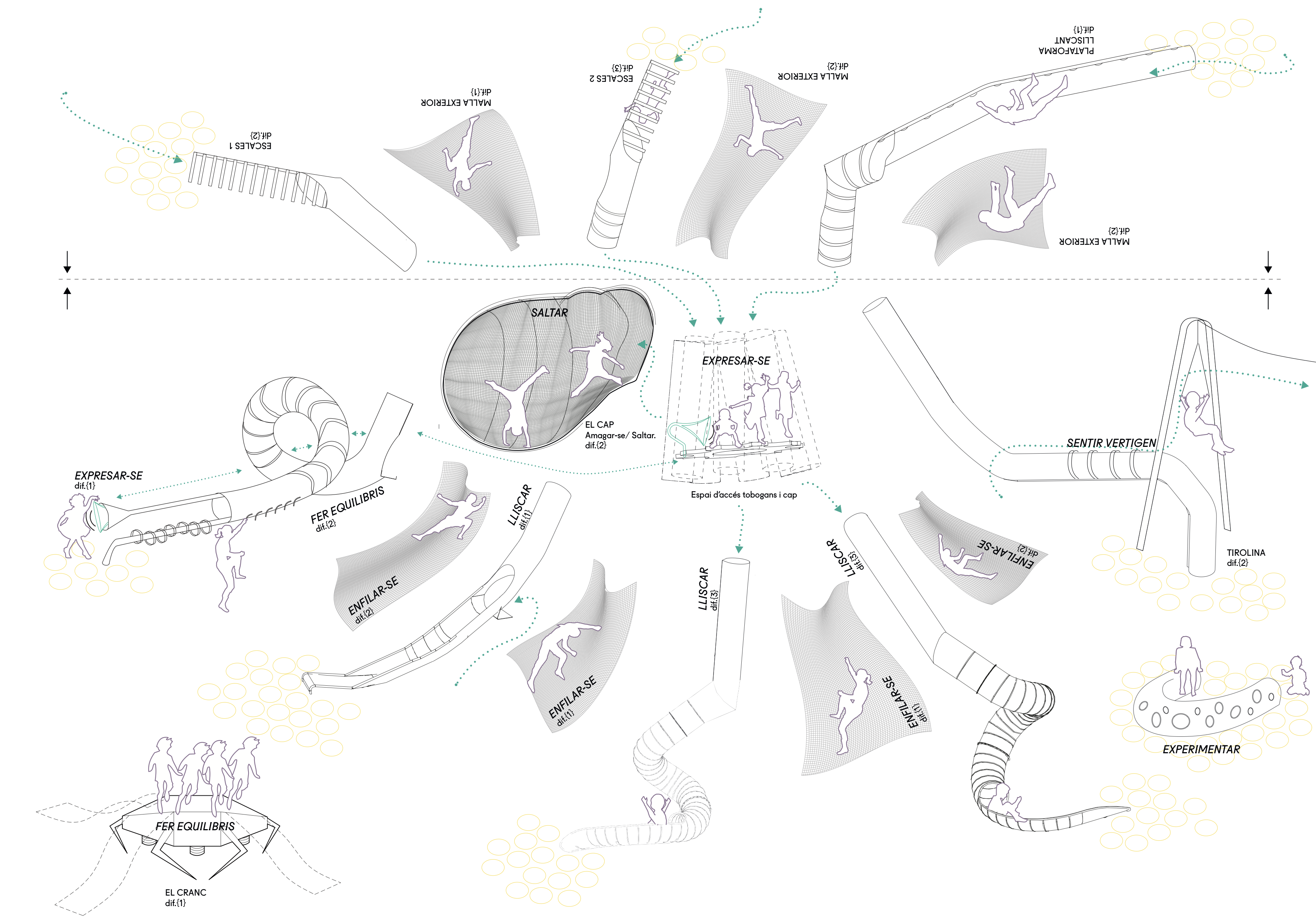 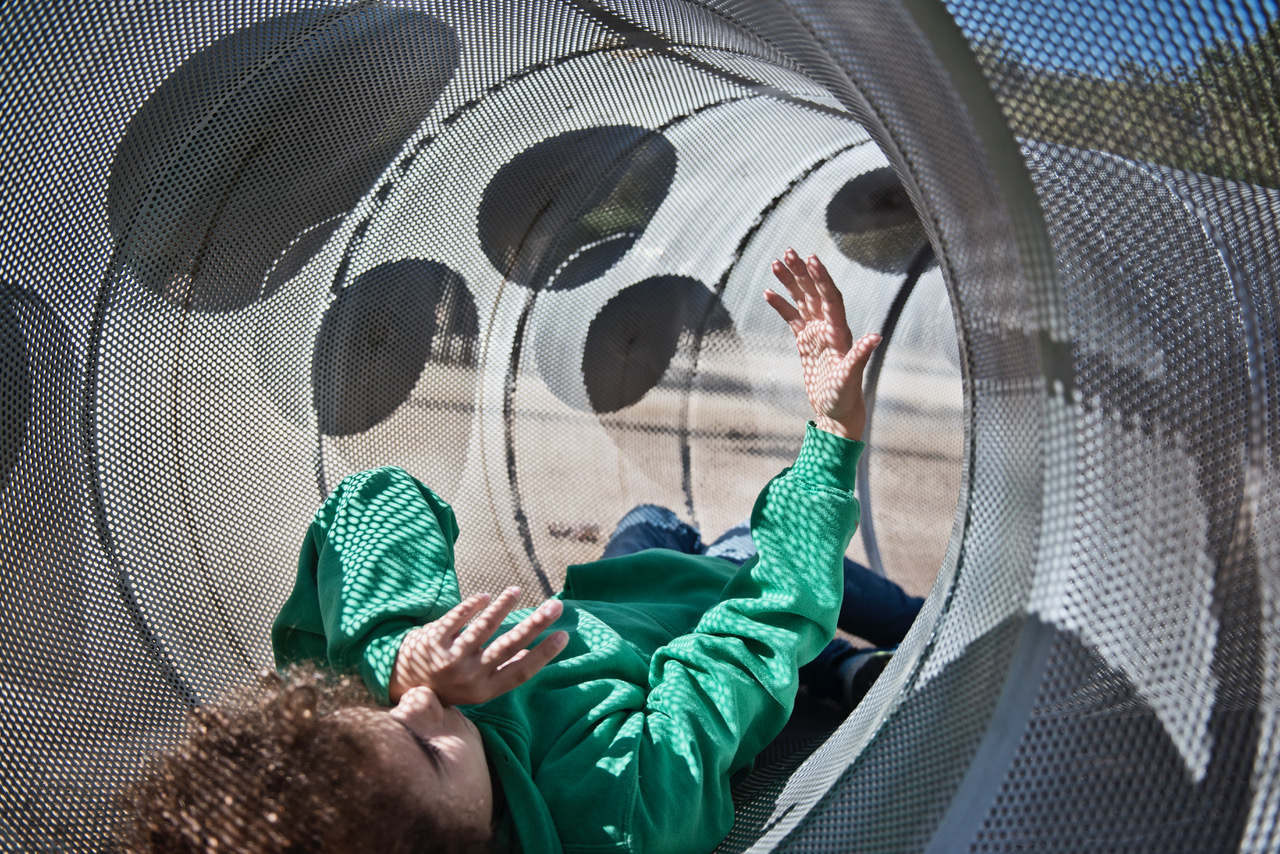 Materiality as a playful value Materiality and sensory experience capture the spatial narrative and run the mechanisms of a creative and versatile game that is based on the free manipulation of objects and textures. 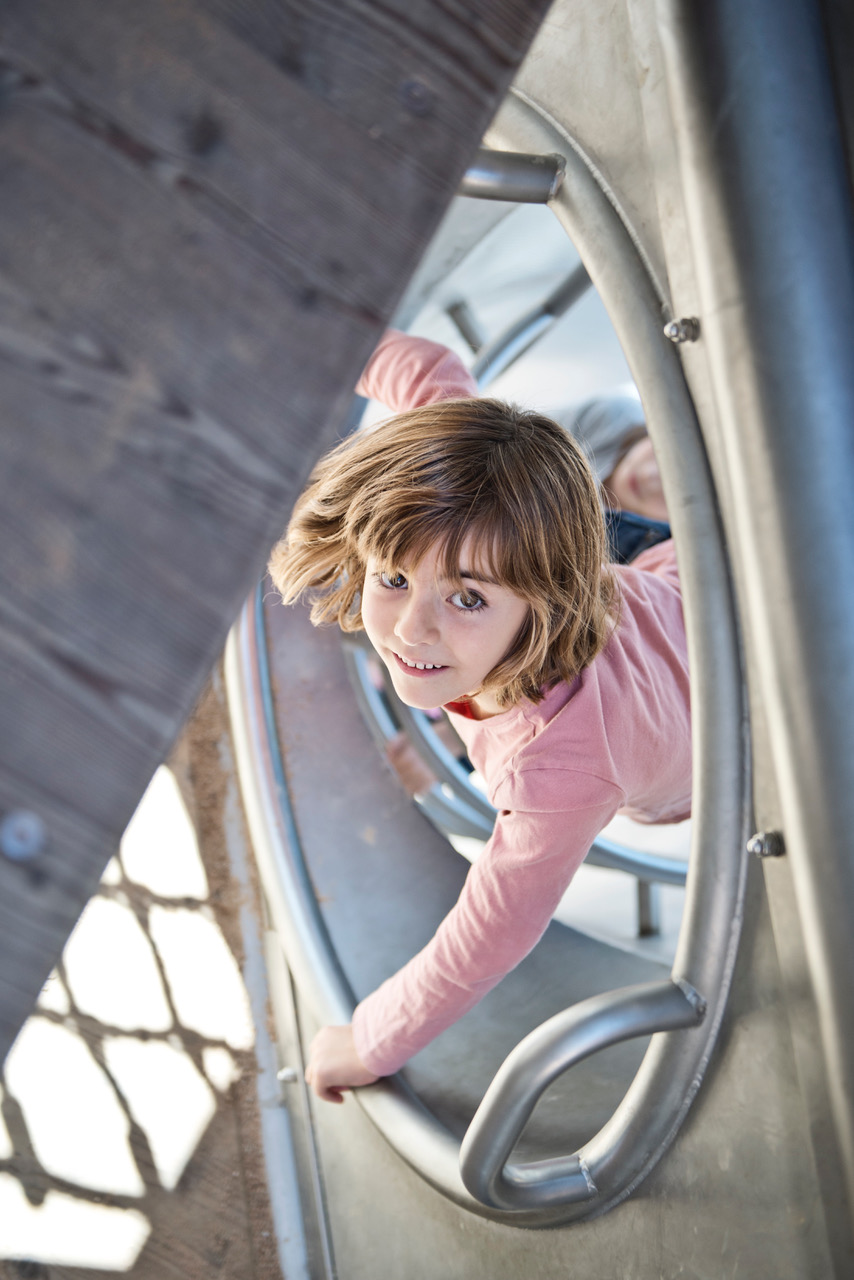 Be part of the game

The playground as an urban milestone achieves a triple effect: injects new dynamics in public space, promotes kinship, sense of place and feeling of belonging and activates the city through spontaneity and free action.